I have been interested in health my entire life, and that is why I chose to become a medical doctor. I believed I would be able to help people recover their health. Some teachers at medical school focused on being a good clinician, indicating that lab tests and others should be used to confirm diagnosis and not the basis for diagnosis or the cause of the malady. They also emphasized the importance of engaging the patient in a healthy lifestyle. Later on, when studying the different areas of medicine I focused on learning how to treat diseases using therapeutic methods such as pharmaceutical products and surgery. My attention went to pharmacology, then to surgery, and so on, and my initial ideas on health recovery was abandoned for a more modern and sophisticated medicine.
Nutrition was not a subject formally taught by the medical faculty, so I made my own research and followed what science was indicating at the time, e.g., keeping the calories count under control according to age and physical activity, not using eggs everyday, avoiding butter and animal fat, etc., and that is what I suggested to my patients at the time. Personally, I went from the low calorie diet to the Atkins diet which I found extreme and dangerous, and so I stayed with the old premises of moderation, eliminating added sugars from my diet and opting for complex carbohydrates instead. I still used the “standard” meals such as boxed cereals, lactose free milk, after I realized that I was lactose intolerant, cheese and lots of meats, as did everyone else around me. I was not obese but my weight was not ideal so I would diet every so often with not much success.
It was not until I authored a school assay on the impact of Chinese diet in western population for my class “Introduction to Chinese Medicine” that I discovered “The China Study” book by Colin Campbell. That book and other publications revealed evidence that the animal protein based western diet was linked to obesity, diabetes and cancer. That study and some other scientific publications shocked me in such a way that I decided to avoid animal products, but I had no success at that time. I did not have the time or energy to make such a radical change, so I gave up and adopted what I considered a more reachable goal – adopting an Asian-like regimen by adding more vegetables to my diet – rice, fish and some chicken, duck and little meat. After finishing my Masters degree in Traditional Chinese Medicine I was able do more research on healthy diets and here is what I have came up so far – a plant based diet is a good way to lose weight, gain energy and most of all help our planet! Another interesting perspective I learned after reading several resources such as the Science article about Impact of meat consumption. 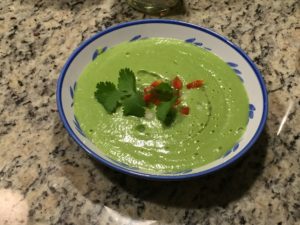 I do not say that the vegan diet is for everyone, since we have different needs and situations.

Disclaimer: This website contains my personal opinion and the result of my readings and does not constitute or substitute medical advice.

This article was posted in Lifestyle, Uncategorized and tagged healthy eating, lifestyle, nutrition. Bookmark the permalink. Follow comments with the RSS feed for this post.Post a Comment or leave a trackback: Trackback URL.