Governing Vessel 14 is called The Great Hammer. This point is located below C 7 on the spine. C 7, the seventh cervical vertebrae is the one which is the most prominent. Traditionally the vertebrae were referred to as hammers because of their resemblance to the tool. This point is great because it is the intersecting point for all of the Yang meridians in the body. In wintertime, this point is often used to treat colds and other illnesses that are common this time of year. END_OF_DOCUMENT_TOKEN_TO_BE_REPLACED

The season of fall brings cooler weather and shorter days. As with any season, the world adjusts accordingly. Plants begin to go dormant, animals begin scrounging for food to store to get them through the upcoming winter months and humans start winterizing everything.

As fall descends on the land, it reminds us we need to start cutting back on the numerous cooling foods that are consumed during the summer months. Things like raw foods, salads, juices, and fruits should be decreased because they can create too much cold in the body, according to traditional Chinese medicine. END_OF_DOCUMENT_TOKEN_TO_BE_REPLACED 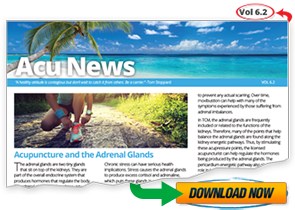 Why You Should Get Regular Acupuncture Treatments

Everybody knows you should see your family physician at least once a year and your dentist at least twice a year. But not everybody knows about acupuncture and Traditional Chinese Medicine and the many benefits it can provide for you. If you start incorporating acupuncture into your health and wellness regime, you may not have to rely on the family physician so much for those minor little issues. Let’s look at how getting regular acupuncture treatments can help you stay happy and healthy. END_OF_DOCUMENT_TOKEN_TO_BE_REPLACED

Why You Should Get Regular Acupuncture Treatments was last modified: May 21st, 2018 by admin

The Paradox of Our Smartphones

How much do we REALLY use our cell phones?

Remember the days of using landline telephones and dial-up internet? It wasn’t too long ago. Cell phones began gaining popularity almost two decades ago and during that time it was a supplementary device to the landline telephone. Oh, how times have changed!

In this day and age, it seems impossible to get by without the use of a cell phone. It’s a device that can literally do it all.  Roughly nine out of ten Americans own a cell phone and an estimated  43% of adults live in a cell-phone-only household. It holds a direct connection to friends, family, and coworkers. It also connects us to the world by way of unlimited news, Google searches, music, social media, and not to mention an always ready camera available at our fingertips.

Cell phones give off a form of energy known as radio-frequency (RF) waves. It can be argued that the direct contact of cell phones to the head and neck region allows for the body to absorb more RF waves. Therefore, scientists and physicians are conducting research studies to identify a direct correlation with the absorption of these RF waves and incidence of head and neck tumors.

There have been a number of large-scale studies that have been analyzed by the American Cancer Society showing mixed results. However,  one particular Swedish group has studied this topic extensively and concluded that with ten or more years of cell phone use, there is an increased risk of head and neck tumors specifically to the side of the head– where cell phones are held. In another study by the same group, they used the  Swedish cancer register to find increased rates of unknown tumors of the head and neck region in the age group of 20-39. This may suggest a higher risk of these tumors in subjects that have used a cell phone device before the age of 20.

The International Agency for Research on Cancer (IARC) is part of the World Health Organization (WHO). Its major goal is to identify causes of cancer and classifies RF fields as ‘possibly carcinogenic to humans,’ based on limited evidence of a possible increase in risk for brain tumors among cell phone users, and inadequate evidence for other types of cancer.

There are many limitations of these studies to consider, such as what type of cell phone and how often it is being used. Additionally, it is impossible to know what type of pre-existing environmental and genetic risks individuals have for developing tumors. Finally, many of these studies have used subjects with cell phone habits from 10 years ago. The culture of cell phone use is changing rapidly. Now, 94% of smartphone owners carry their phone with them and 82% say they never or rarely turn their phones off. There need to be updated studies on the subject with these new cell phone habits. 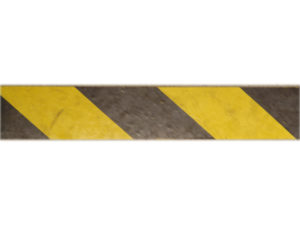 So what is the message?

It is no secret that our society is continuing to be driven by technology. Therefore, that would mean we are constantly surrounded by RF waves. It takes decades for tumors to form after exposure to a carcinogen, and considering the widespread use of cell phones has only been around for 20 years, one can argue that RF exposure from the cell phone can still be a source of detrimental health effects. Given the mixed results and limitations of these studies, what should we do?

Like all good things in life, everything should be enjoyed in moderation. It is a good idea to be aware of how much we are using our cell phones. We can take easy steps to limit exposure by using speaker mode, texting, and using Bluetooth headphones which are known to emit virtually no RF waves. It’s not a bad idea to take preventative action to protect ourselves from any potential harm caused by cell phone RF waves until there are more refined studies on this subject.

What do you think?

The Paradox of Our Smartphones was last modified: April 27th, 2018 by natasha